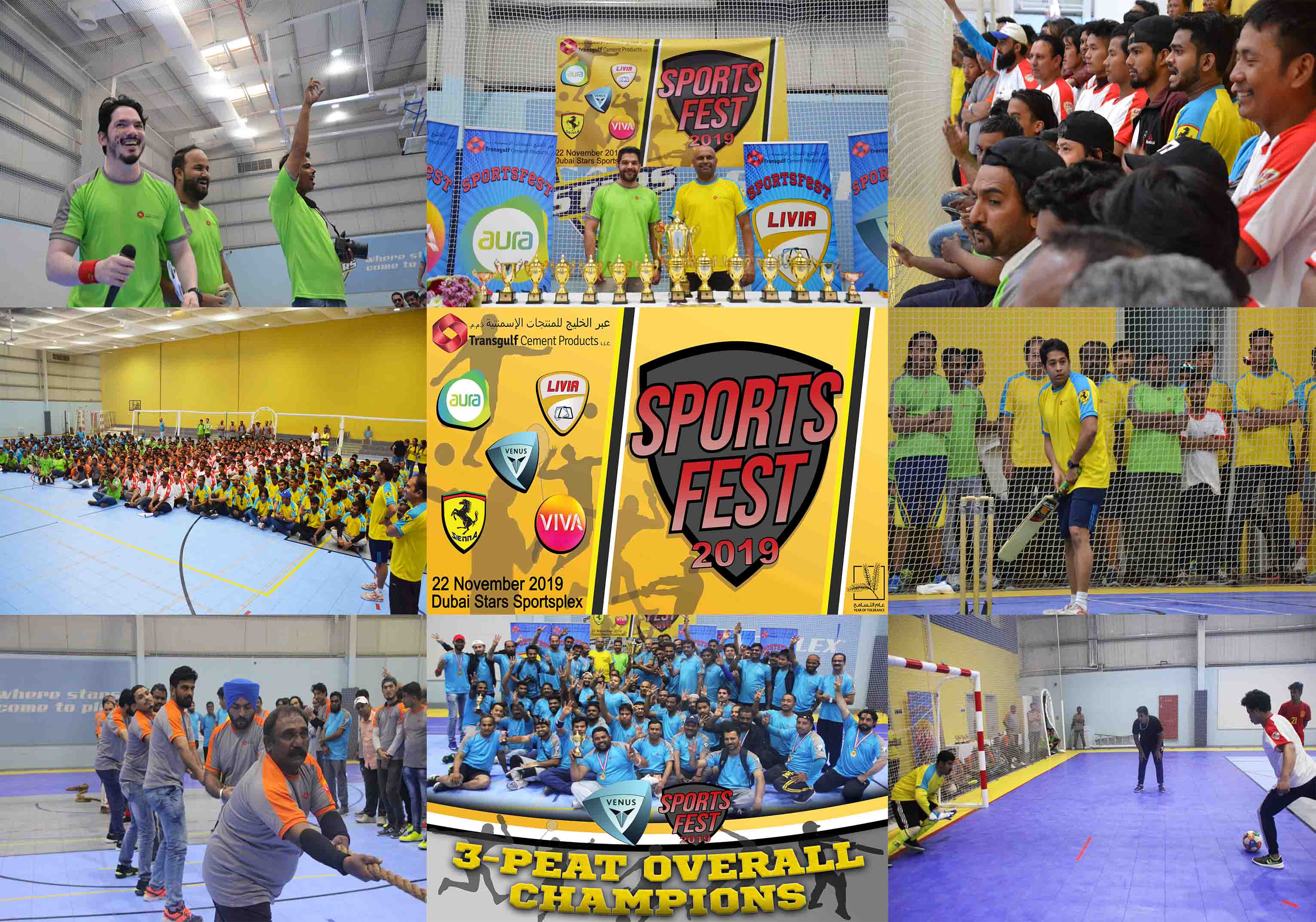 Another great day was had by all, at this year's Sportsfest. Big thanks have to go to the Sportsfest committee and volunteers who worked so well together, to make our day a great success.

Everyone had a great time, with all teams competing to be this year's champions. The standard of play was really high with teams trying to out do each other.

It was great to see all departments coming together, and see the fair play and sportsmanship on show throughout the day. Cheers and laughter rang out throughout the games hall, while teams competed to be 2019 winners

Congratulation go to Team Venus who were triumphant again this year, and were overall champions for the second year in row. After a shaky start, which seen them lose their first cricket match, they went on to win all their other categories, which showed what strong team members they had, and fantastic, team working ethics.

Another great day was had by all, at this year's Sportsfest. Big thanks have to go to the Sportsfest committee and volunteers who worked so well together, to make our day a great success....

Transgulf Cement Products were delighted to be invited to participate at this year’s KSA Landscape Summit. ...

We would like to congratulate the Ministry of Infrastructure Development for their success of being entered into the Guinness Book of World Records....

Transgulf Cement Products will be once again, attending the Big5 in November...

We were invited to attended the Middle East Smart Landscaping Summit at the Sofitel Palm Resort, Dubai this year. ...

Addition of new concrete block plant to our operation
04.05.2017

We are proud to announce the addition of new MASA XL plant to our operation. ...

We use cookies to elevate your user experience, perform audience measurement and enhance the quality of our services. By continuing to browse our services, you accept the use of such cookies. To find out more or adjust cookie settings, click here.